Owned and Managed by the Provincial Government of Bulacan 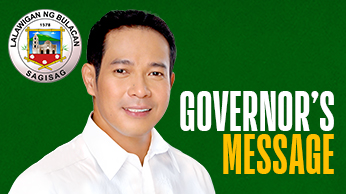 The Bulacan Polytechnic College (BPC) was formerly known as the Bulacan Public Community College (BPCC). It was established upon the approval of the Secretary of Education on June 8, 1971 and started its operations in 1972. The approval came under the leadership of Governor Ignacio (Nacing) Santiago and the principal of Marcelo H. Del Pilar High School (MHPHS) Miss Juana E. Ladia, who then become the first school administrator. BPCC started with 44 enrollees. Two courses were initially offered from 1972 to 1974: the two-year Junior Secretarial course with 15 students and the General Education course with 29 students. Classes were held at Marcelo H. Del Pilar High School Main Building and started from 5pm to 9pm.

Unfortunately, in the middle of 1995, a conflagration reduced the school into its shell. On the same year, as part of the school's relentless step, a new building was constructed adjacent to the MHPHS Main Building. The move revealed the intention of the school to act in a more decisive role in the education of the people of Bulacan.

The advent of Computer Technology and the presence of Governor Roberto Pagdanganan helped boost of the people involved in the operation of the school. Through Governor Pagdanganan and Mrs. Amparo Y. Del Rosario, the MHPHS principal, BPCC elevated the quality of education by including the Basic Computer Literacy program in the curriculum and streamlining the other existing programs. When Mrs. Amparo Del Rosario retired from service, Ms. Rosalina G. Santos, who is also the High School Principal of MHPHS, took over as the new college administrator.

On September 29, 1997 by virtue of the Sangguniang Panlalawigan Resolution Number 97-550, the Provincial Government of Bulacan changed the name of BPCC to Bulacan Polytechnic College (BPC) and at the same time approved its Charter to provide vocational and technical instruction, and entrepreneurship education. This led the school to open new courses in addition to its existing curriculum.

When Vice Governor Josefina M. Dela Cruz took over as the Bulacan Provincial Governor, she continued the full support given to BPC by the PGB. Moreover, she designated a full time College Administrator. Board Member Gerardo Cruz was chosen as the man behind the helm. He, an educator himself, initiated constructive changes and other innovative developments in the institution as per instructions from Gov. Dela Cruz and the BPC Board of Directors. Whole day classes were opened to the public, (morning, afternoon and evening) whereas previously there were only evening classes.

The pressure of the burgeoning number of enrollees necessitated the construction of new school building in the newly acquired site in Bulihan, Malolos, Bulacan: one of the academic classes and the other for the technology courses under the Dual Training System (DTS). It was the brainchild of Gov. Dela Cruz to construct and to transfer the new school building for the trade areas and the Dual Trading System. In September 2001, the building was completed and a solemn inauguration was held. Immediately, the classes were moved to the new building. It was also in this year when Mr. Gerardo Cruz left his post to complete his Master's Degree and Dr. Danilo Hilario of the Bulacan State University Graduate School took over as the College Administrator.

In the year 2003, Dr. Danilo Hilario was recalled to Bulacan State University. Consequently, since Mr. Gerardo Cruz has finished his Master of Arts in Education, he was again commissioned as the fulltime College Administrator.

During the time of Governor Josefina, the continuous progress of BPC emanated as she appointed a full time College Administrator in the person of Dr. Gerardo Cruz. And the night classes was reconstructed to whole day classes with three shifts â Morning, afternoon and night classes. To further enhance the objective of bringing education closer to the young BulakeÃ±os, BPC was established to different municipalities of Bulacan, namely BPC-San Miguel (2006), BPC-Obando and BPC-San Jose del Monte (2007), BPC-Bocaue (2008), BPC-Angat (2009), BPC-San Rafael and BPC-Pandi (2011).

In the year 2012, the College Administrator-Dr. Gerardo Cruz succumbed his resignation. He was then succeeded temporarily by Dr. Romeo Inasoria from Bulacan State University. It was in 2014 when the triumph brought pure elation as BPC offered new degree courses, the Bachelor of Science in Information System (BSIS) and Bachelor of Science in Office Management (BSOM).After four years of leadership, it is required that Dr. Romeo Inasoria be back at BULSU.

A year after the triumphant growth of BPC, Governor Wilhelmino M. Sy-Alvarado appointed Dr. Perlita M. Cruz as the OIC-College President. And with her unfailing credibility as a leader, she became the College President of BPC. Part of her accomplishments are improvement of Hotel and Restaurant Services (HRS) Laboratories through a global grant from Rotary Club of Malolos and Rotary Club of Jincheon Bonghwa South Korea who donated high-end tools and equipment. Construction of Auditorium in BPC Malolos in coordination of the Provincial Engineerâs Office and the continuing construction of covered walk in (coordination with the PTCA) from the main campus to Mc Arthur highway are the infrastructure projects of the president.

Then, the Senior High School level was a new addition to BPC based on the K-12 program of the government, with the following: Academic Tracks: General Academic Strand, Accounting-Business Management Strand; Humanities Strand; and Technological-Vocational Track with EIM, CES, HE, SMAW track were offered in the year 2015.